Last September (2011) I attended the annual Oodgeroo Noonuccal public lecture at QUT by scholar Professor Aileen Moreton-Robinson. Her lecture was titled Race Matters: Representations of Aboriginality in the Media. In it she explored the racialised history of private media in Australia, particularly it's coverage of Aboriginal Peoples and 'issues'. It was a very timely lecture given the judgement of the Pat Eatcock v Andrew Bolt case due at the time.

Last night fellow edu-tweet Luke Pearson sent out the a link to a shortened version of that paper given at the Festival of Dangerous Ideas in Sydney (October) for the panel session: Some Aboriginal People Are More Aboriginal Than Others. The description for this session:


White Australia has always had a view on what makes a 'real' Aboriginal person. Andrew Bolt is the merely the latest in a long line of commentators who have put forward their views about 'black' and 'white' Aboriginals. Spread across a continent after 200 years of colonisation, Aboriginal people are diverse in a way that is at odds with media stereotypes of 'traditional' Aboriginal people living in troubled remote communities. At a crucial time for recognition and reconciliation, does 'white' or 'black' matter? Who speaks for Aboriginal people and defines who they are?

Also on the panel was Associate Professor Bronwyn Fredericks who powerfully explored the politics of naming and identity.

When watching the lectures, take time to consider your (Indigenous or non-Indigenous) understanding of identity within Australia. Consider the ways in which you and those around you use language to define others according to criteria you decide. What is the impact of that on other people and the way they're represented?

Image below from someone on Twitter late 2011 during the post-Bolt flurry. You need to watch the video to understand the relevance of the slide below. 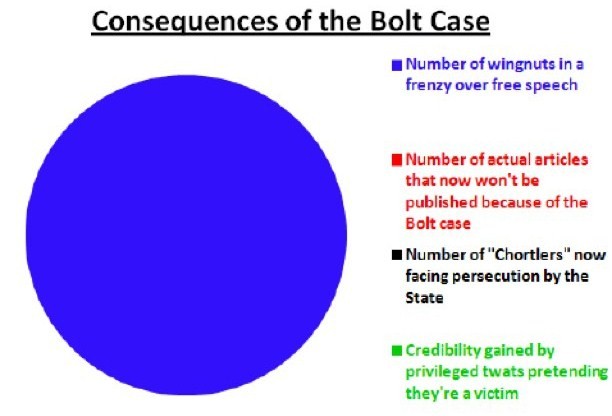 Find what you're looking for by key learning area, learning stage &/or topic

We recommend these resources from:

Our visitors are all over the world

How many have visited our site?